Friday, May 9
We hiked up to Tengpoche which was a pretty steep ascent. Once 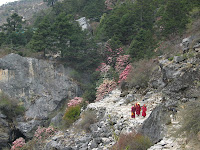 in Tengpoche it is a steep descent back down into the valley of the Imja Khola river. Most of the trek brought us through Balsam Fir and Rhododendrum so the trail had a pleasant pine scent surrounded by blooming flowers.

Once we crossed the river it started another good ascent up to Khumjung. Once in Khumjung we settled into a tea house and sat down for lunch (omelets on bread and mushroom soup). The food on this trip has been very good and accommodating. In the evening we were able to have Yak steak, which was very good (and our first red meat of the trek)! 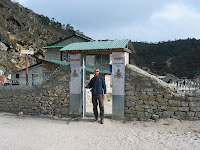 spectacular views of this somewhat large village. Khumjung is where Tenzing Norgay lived for a while, and is also where Edmond Hillary established a school for the children. We walked through the school grounds and I was impressed to see a computer classroom. It was only a small stone walled classroom, but given the remote location of the village it was encouraging to see technology being brought to the children.

We also visited the Monastery which contains what is claimed to be a Yeti skull. The Yet 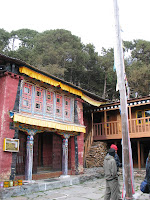 i, or abominable snowman, is considered to exist in the mountains although rarely seen. The Monastery was similar in style to the one in Tengpoche but a little smaller. It was very colorful with statues representing certain parts of the religion. The Monastery also contained the largest prayer wheel I have seen to date. It stood about 10 feet tall by about 5 feet in diameter. In the center of town there were more prayer wheels - 144 to be exact! They surrounded two Stupas. We spun the prayer wheels to release good prayers for the remainder of our trip.

Chris
Posted by NASA Everest Trek at 1:23 AM

Your trip sounds astounding - We are glad you are on the way home, but have a feeling you might miss the excitement and beauty of a world like no other. Take care now. It has been so great to have a connection in through this blog. I feel like I've been on the trip with you. Kathie Johnson

YALL ROCK!! Its been great fun reading all the entries, and nice to know all my friends are doing well. I cant wait to see pictures and hear more stories. Someday I will have to try Yak ;-) HUGS - george 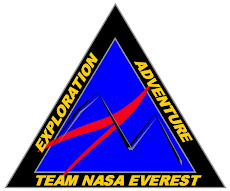 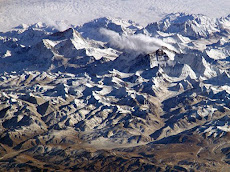